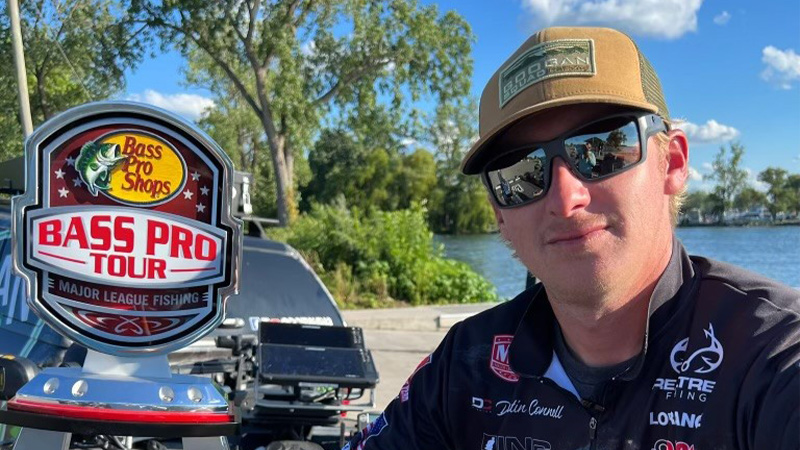 Equipped with the Ultimate Fishing System, including HDS LIVE displays and ActiveTarget® Live Sonar, Connell claimed the trophy and $100,000 with a final-day total of 25 fish, weighing 96 pounds, 12 ounces.

“I cannot say enough about Lowrance’s ActiveTarget,” said Connell. “It’s incredible seeing these smallmouth bass and how they react to your bait. This is win number three in two years and it’s all because of using Lowrance.”

The Alabama native, who started his professional fishing career in 2017, has 20 Top 10 finishes. Highlights of his career include winning Elite Series Rookie of the Year honors in 2017 and the Redcrest 2021 title at Lake Eufaula, Ala.

Lowrance® is part of Navico, a division of Brunswick Corporation’s (NYSE: BC) Advanced Systems Group, and has been a leader in marine electronics and sonar technology since first inventing the original consumer fishfinder in 1957. It features a brand portfolio that is dedicated to helping anglers find and catch more fish, and includes the industry-leading HDS LIVE™, Elite FS™, HOOK Reveal™ Chartplotters & Fishfinders, ActiveTarget™ and Active Imaging™ Sonars and Lowrance Ghost™ Trolling Motors. Lowrance is distributed in more than 100 countries worldwide. More information is available at lowrance.com.