The Lakeland, Florida native dominated the competition with a 29-pound, 14-ounce haul in the Championship round to bring home the $300,000 prize. Lane was equipped with the Lowrance Ultimate Fishing System™, including HDS LIVE 12 displays, ActiveTarget® Live Sonar, Active Imaging™ 3-in-1 and Ghost® Trolling Motor. Additionally, nine of the top 10 finishers used Lowrance electronics and seven were exclusive Lowrance Pro team members.

“It’s been all about Lowrance for me this week. The C-MAP® charts on my units are phenomenal, I was able to zoom in and see where the channel swings were in the backs of the creaks,” said Lane. “Lowrance and C-MAP made it so easy for a Florida guy like me to catch pre-spawned bass on Grand Lake.”

In addition to this significant achievement, Lane has had a noteworthy career with a Major League Fishing World Championship, MLF Cup titles, and a Bassmaster Elite Series win. 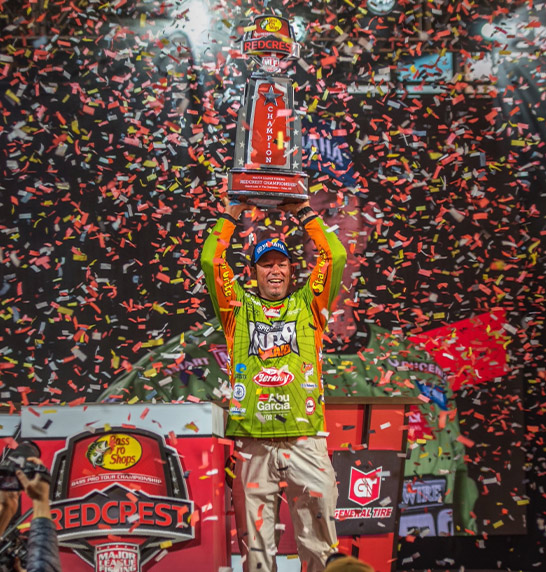